I’m not sure if everyone who reads my blog knows that I’m the trainer for the official Swedish Umbraco courses. It was after CodeGarden 2013 that I was asked to help out with the education of developers and designers here in Sweden and I’ve had a lot of fun and made a lot of new friends during these events! 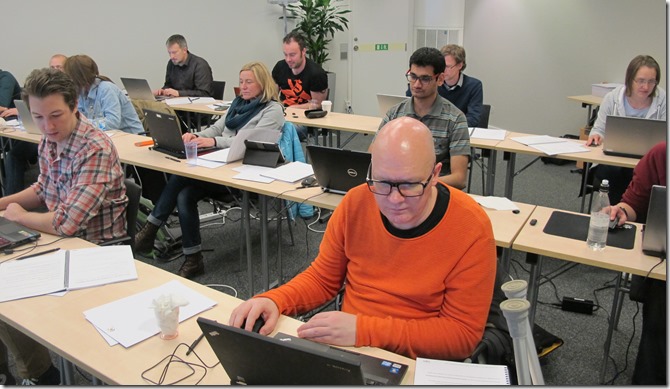 Over the years I’ve had a lot of really smart people attending my courses – but I’ve never had any student regretting that they attended. It does not matter which skill-level you have before you come – there is always something new to learn and to try. A lot of people think of different courses as a way to get certified  and yes – that’s really good and very important. At the same time I really want to point out the greatest value about the courses, that’s all the knowledge  that you can take home and use in all new projects.

When I attended the trainings I’ve been working with Umbraco for about 4 years and still I decided to go to the Fundamentals training just to make sure that I haven’t missed anything important. It was some repetition but I got away after these to days with about 10 things did I did not know before – big features in the core that I’ve never used or small tips and tricks that made some tasks trivial compared to how I’ve solved them before.

This week the Norwegian developer Lars-Erik Aabech pointed out this with a nice tweet about something as simple as the “Alt Template”-feature of Umbraco.

@bleedo @markusjoha I was also surprised at fundamentals training (!) after seeing this one. Didn't use it in the past at all :(

A lot of experienced Umbraco developers that have not attended the trainings have probably missed out on this and on stuff like “Recursive properties”. These to thing are just small examples of stuff from the Fundamentals-training that self-thought developers never get to know.

So why does the trainings matters?

If your in Sweden and thinks about attending a course, have e look here for the next training event!